We are a team of Yoga practitioners & enthusiast. We have embarked on a journey to help and assist people to live a more pleasant, harmonious life, as close to nature as possible.

We encourage everyone (as we also constantly do), to explore and understand the deeper meaning of our existence 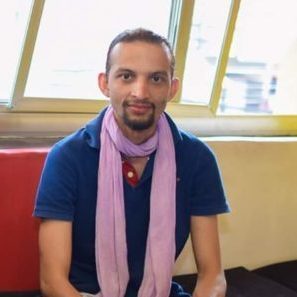 Bodhidham is the vision of Ananda Bodhi. A spiritual seeker, Yoga practitioner and teacher with years of experience learning & practicing Yoga under revered masters Like Swami Veda from Himalyan tradition,  Swami Yogananda saraswati from siddha hatha yoga tradition, who raised him and initated into yogic path, Kriya yoga tradition and numerous other Masters and yogis of Himalayas; he enjoys giving the knowledge he has gained to others.  He strives to spread the true wisdom for peace, joyful and harmonious living through the practical teachings of  yogic science. 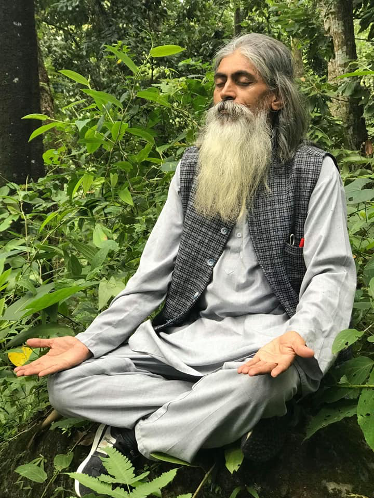 Rishi Raj was born and raised in a Himalayan kingdom. His first exposure to Yoga was in 1997.  Seeds were planted within and he felt a tremendous transformation with the knowledge of yoga. Later next year he was introduced to Naturopathy along with HathaYoga in Arogya Ashram.

He decided to join Open University of Alternative Medicine Council of India, Kolkata board in 1999. He was so touched and inspired by the teaching in the fields of alternative medicine that he realized that from now on, this is the way of life and he should share this knowledge to others. From then on it has been a journey of teaching and learning something new every day for him. Many from all parts of the world have been helped and blessed by his work. 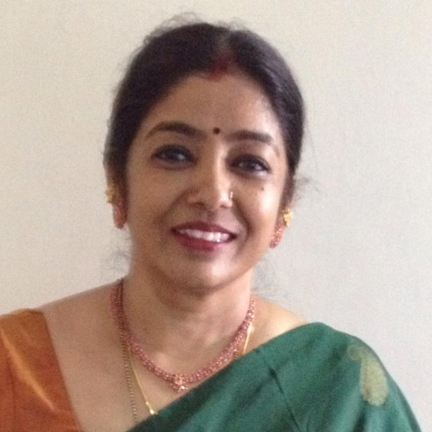 A Fitness enthusiast, and Spiritual seeker, practicing Hatha yoga for over 13 years. A keen learner with experience in conceptualizing and organizing yoga sessions for different age groups. She is well skilled with Hatha yoga, Pre & postnatal yoga, meditation and children yoga.

A firm believer in continuous learning, exploring Cupping therapy, Sound healing and Rehab fitness with a passion for  traditional Indian cooking for a healthy lifestyle. She is blessed with traditional painting skills too.

With long experience of sharing her knowledge to different age groups and backgrounds of people along with corporate world. She has conducted many retreats & workshops. She is well-known for teaching with love and care to students.

Prabha has done multiple programs and courses to sharpen her skills and to keep herself updated. She is certified in 200 hrs YA program, 300 Hrs integrated restorative Yoga teacher training, Pranic healing & Chakra healing are few. 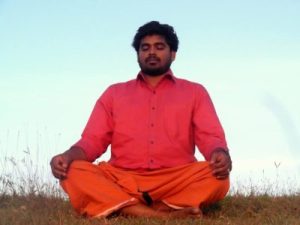 Is an experienced Yoga teacher and a spiritual motivator. He trained under the guidance of His Holiness Swami Veda Bharathi of Himalayan tradition.

He was born in Kerala and after completing his higher secondary education, as a teenager, he took up monastic life in Shivagiri Ashram in Kerala, where he studied Vedanta Philosophy for five years.   After five years in the ashram studying Vedanta, he felt an earnest desire to go on a pilgrimage in the Himalayas.

He traveled all over India barefooted as an ascetic and roamed around the Himalayas, visiting & living in spiritual centers like Amarnath, Badrinath, and other parts of the Himalayan ranges. He met many adepts and sadhus in the Himalayas, but when he reached Rishikesh and met his master Swami Veda Bharati, his search for a Guru ended and his real spiritual journey started. He was initiated into the yogic path and was given strict spiritual vows for five years and followed a disciplined yogic life studying yoga, mediation, and philosophy.

At the age of 29, his master asked him to enter household life and share the wisdom of eternal yoga to all true seekers. Since then he has been sharing his knowledge to all who approaches him. He has been teaching in many yoga schools in Rishikesh and around India.

Ex. Journalist, Travel and tours expert for trekking and expedition in Nepal. He has more than 7 years of experience in  the field of tourism in Nepal and is an A-level certified guide for trekking.

He is the managing director of “Himalayan Monk Travels and Treks”. He is a Travel enthusiast with an unending urge to love and explore the beauties of nature. He feels passionate to lead other travel enthusiasts to explore the majestic Himalayan ranges, especially in Nepal.

He strongly believes that hiking in the Himalayas is a remedy to heal one’s body & soul, and is a must for everyone to get away from the hectic and mechanical life of the cities.